A jog along the Tel Aviv beach is a something to remember. Trying it with new joggers is something you’ll never forget. Check out these new runners as they give it their best attempt!

Jogging can be very healthy, but it isn’t easy. Joggers attempt to maintain a run for a longer duration, and often go at a slower pace to maintain a steady jog. Jogging can be done over short or long distances, and sometimes joggers even go many miles without stopping.

Jogging has some of the most amazing benefits ever. A research project tracked 500 older runners, and made startling conclusions. The report found that elderly runners have fewer disabilities, a longer span of active life and are half as likely as aging non runners to die early deaths.

Other studies suggest that jogging, and other types of aerobic exercise, can reduce the risk of cancer. As to how much one needs to jog, the American Cancer Society suggests 150 minutes of rigorous activity each week.

But there are even more benefits. For example, jogging also prevents muscle and bone damage, improves heart performance and blood circulation, and assists in preserving a balanced weight.

These clubs have become more popular in recent times. People often join these clubs to help motivate them to run. Sometimes, the clubs meet early in the morning. This has two main advantages. First, many people are busy and find it difficult to make time for exercise. However, early in the morning, before the workday begins, is a perfect time. Another advantage is that it cooler then. This helps runners avoid unhealthy hot temperatures.

In this video, two women make an attempt at jogging. And it’s not easy to do it so early in the morning with a group of highly dedicated and motivated people. So this comedic video shoes some of the challenges of jogging, but as was said above, the benefits are incredible. So, who here wants to jog along the Tel Aviv beach? 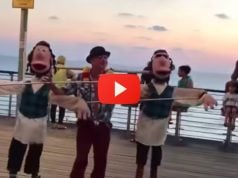 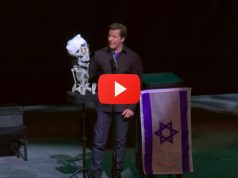 Achmed the dead terrorist just showed up in Tel Aviv 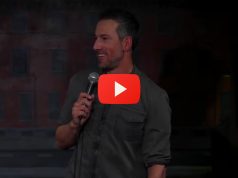