The Altalena affair that occurred in the summer of 1948, just a few months after the establishment of the State of Israel brought out some of the worst and best of the leadership of the State of Israel. Israel was in the middle of it’s War of Independence, a war that lasted more than one year. The State had been established in May 1948, and there was a very real question as to whether the young country could sustain itself against six threatening Arab armies. In the middle of this, Israel was itself in the midst of forming one unified Israeli Army called the Israel Defense Forces. At a very sensitive time, the Altalena Affair occurred.

The seeming cause of the Altalena Affair was the apparent revolt of the Irgun against the young Israeli country. But it is much more complicated than that. Basically, before the Israeli state was established, there were multiple factions that each fought with weapons. The largest group was the Haganah, under the leadership of the Jewish Agency and David Ben-Gurion. They focused primarily on defense measures, and procuring and manufacturing weapons for what seemed like an inevitable war once the State would be established. The smaller group was the Irgun that focused on attacking the British and forcing them out of the country. They were led by Menachem Begin. They also were involved in procuring weapons. Lastly, the Stern group was a splinter of the Irgun group, and they also focused on kicking out the British, but they were more extreme in terms of their actions. The Irgun and the Lechi worked well together from time to time. But the Haganah and the Irgun had deep mistrust between them. Some would even categorize their relationship as one of hate.

When the Irgun managed to procure a major shipment of arms and bring it to the shores of Tel-Aviv, there was an agreement that most of the arms would go to the Israel Defense Forces. But the Irgun insisted that a percentage would go to the Irgun forces in Jerusalem. Why was Jerusalem any different? The answer is that Jerusalem – at that point – was not part of the nascent Jewish State. David Ben-Gurion declared the State in Tel-Aviv. But Jerusalem was to be internationalized. The Irgun and Stern Group rejected this and fought independently in Jerusalem from the Haganah. Basically, three small Jewish armies fought against Arab militias and Jordanian soldiers in Jerusalem. Israel won most of the battles, but lost in the Old City. The Irgun’s demand that some of the weapons would go to Jerusalem was logical, but was a tactical mistake. Once the State was founded, the Irgun should have known that Ben-Gurion would use any chance he could to label the Irgun as a terrorist group and try to kill them off, That is actually what happened in the Altalena Affair. Ben-Gurion ordered an attack on the ship. Yitzhak Rabin commanded the attack, and many Irgun soldiers were killed. Even Menachem Begin was targeted, but survived the attack. It was probably Ben-Gurion’s lowest moment in leadership. But Menachem Begin emotionally spoke on radio and implored the Irgun soldiers to not raise their arms against their fellow Jews. He may have made a tactical mistake in not giving over all of the weapons to the Israel Defense Forces, but he saved the country from Civil War – just a few months after it’s formation. 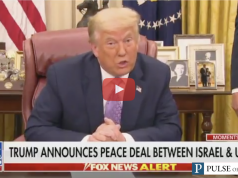 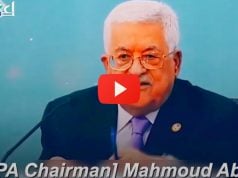 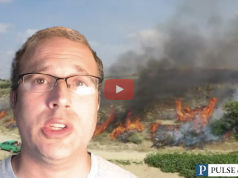