What a beautiful sight to see! A Jewish wedding on the holiest site to the Jewish people, the Temple Mount. Unfortunately, it is a forbidden act for Jews, so they had to do it secretly.

Singing and Dancing for the Married Couple Leaving the Mount

Muslim Discrimination on the Holiest Site to the Jewish People

Muslims are allowed to get married on the Temple Mount, but a Jewish wedding is forbidden. It is one of the many ways that Muslims discriminate against Jews on our Holy site. Unfortunately, Israel’s leaders prefer not to create friction with the Muslim world, they enforce the discrimantory Muslim practices. This, even though Israel is the sovereign on the Mount, with a police presence.

Individual Jews are Making the Change

Last week Jews returned to visit the Temple Mount.  For one week, Jews could not enter.  Yuval and Racheli were two of the people who visited the Mount. They chose to hold their wedding ceremony there, in front of their children, and other witnesses from the student movement for the Temple Mount.

Not all Jewish visitors and supporters of equality for Jews on the Temple Mount are religious Jews. Supporters include Jews of all types, ultra-Orthodox, religious, tradition and even secular.

In the presence of witnesses, as designated by Jewish law, the ceremony took place inside the Temple Mount despite severe restrictions imposed by the State of Israel and the Israel Police on Jewish visits to the Temple Mount.

Student Movement for the Temple Mount

Exactly a year ago, Tom Nisani, chairman of the student movement for the Temple Mount and Sarah Nisani, one of the leaders of the movement, took part in the Temple Mount, which aroused many reactions. Their marriage act on the Mount motivated many couples to also want to perform their wedding ceremony on the Temple Mount.

Now another secular couple from Tel Aviv held the ceremony on the Mount together. Together with members of the Student Movement for the Temple Mount. They call for the continuation of Jewish rituals on the Mount. In order to strengthen the connection of Jews to the holiest place among the entire Jewish people.

“We continue to act at all times to smash the glass ceiling that the Israeli government is using through the police,” said the students of the Temple Mount Students Movement. Muslims frequently tie the knot on the Mount. Yet Jewish couples cannot. Different rules for Jews and Muslims must change.”

“If the State of Israel does not come to its senses and return forever to the Temple Mount. We will ensure that the Temple Mount is returned to us by civilian means,” the movement’s members stressed.

“This is just the beginning,” they promised. “We call on other couples to marry on the Mount and demand that the unacceptable discrimination between Muslims and non-Muslims be stopped because of his or her religion or origin.” 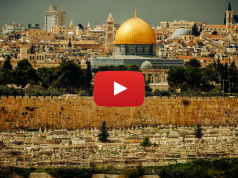 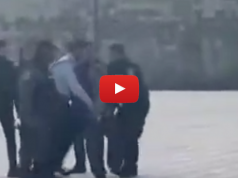 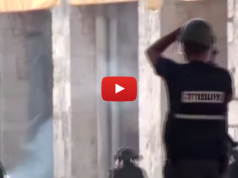