When an anti-Israel group is getting condemned by a bereaved Muslim father, it is time the world paid attention. What is really going on?

Muslims Serve in the IDF

There are some Muslims who choose to serve in the Israel Defense Forces. They are not forced to, but they want to. They want to defend Israel. Despite being a minority in the army, they still feel welcomed in the IDF.

And sadly, sometimes they die alongside their Jewish comrades.

That is what happened to Issam Ottman’s son, Youssef. He was murdered in an attack while defending the village of Har Hadar.

But the problem is that an anti-Israel group holds some of that responsibility. Groups like the New Israel Fund and Machsom Watch are helping terrorists carry out their mission to murder Jews.

They just portray themselves as “peace” groups. But that is completely false – even according to a Muslim himself.

The New Israel Fund claims to fight for social justice. They claim to want equality for all Israelis. But this anti-Israel group is completely against the Jewish state. They give money to Machsom Watch, another anti-Israel group. Because of a Machsom Watch activist disturbing the security, Youssef Ottman was murdered.

Issam is crying out to the CEO of the New Israel Fund to stop funding such organizations.

What can these anti-Israel groups respond as they hold responsibility for terrorists murdering Youssef Ottman? What can they answer to the fact that they are aiding terrorists?

Issam is waiting for a response. And he deserves an answer. 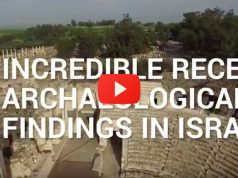 Nikki Haley calls out Canada for making a “deal with the...

Meet the smallest soldiers fighting on the front lines in the...