Home IDF At the Gaza border, this is what the IDF is doing –...

Israel does everything it can to warn civilians so that we hurt the least amount of civilians as possible. In Gaza, the IDF sends warnings in Arabic to deter the Gazans from approaching the border.

Civilian casualties in Gaza are inevitable. Hamas uses Gazans for human shields as a strategy. They hide their terror headquarters in the Gaza hospital. Terrorists set up rockets in the UN schools and in people’s homes. Why? To deter Israel from shooting them. Hamas takes advantage of the humanity of the Jews. We do everything we can to minimize civilian casualties. Many times the IDF has held back from shooting at terrorists or rocket launchers because too many civilians are in the area and would get hurt. This is the humanity of Israel. When we do shoot, because we must, Hamas then uses the pictures and videos of the dead civilians as proof of how evil we are. But it is the exact opposite. Hamas are the evil ones. By using their own civilians as willing human shields, they doom their civilians to injury or death.

We at least know that we are doing everything in our power to minimize the civilian casualties of the Gazans. At the end of the day, Hamas is responsible for all the injured and killed. Hamas then rewards those who endangered themselves by getting injured or killed by handing out money.

The army also dropped leaflets on the Gaza Strip Thursday morning, warning residents not to approach the fence or try to attack Israelis.

“Residents of the Gaza Strip! Greetings, and may Ramadan bring you blessings,” the leaflets said. “A wise man considers the results of his actions in advance and chooses the action whose benefits outweigh the costs. If you consider this with regard to approaching or crossing the fence, you’ll reach the conclusion that this act isn’t worthwhile and is even harmful.”

The leaflets also urged Gazans “not to let Hamas turn you into a tool to serve its narrow interests. Behind these interests stands Shi’ite Iran, whose goal is to inflame the region for the sake of its religious and ethnic interests. You shouldn’t let Hamas turn you into its hostages, so that it can reap political capital at the expense of the welfare and future of Gazans in general, and young Gazans in particular. To avoid harmful results, we urge you not to take part in demonstrations and anarchy and not to put yourself in danger.” 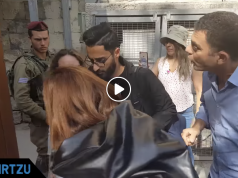 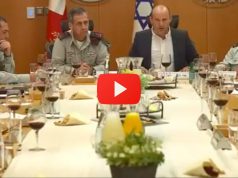