Muslim texts can be extreme. And some Muslims do not want to admit that. But Mohammad Tawhidi, a moderate Imam, is courageous enough to say the truth.

Mohammad Tawhidi is a moderate Muslim. He wants to spread peace. Tawhidi tries to show the dangers of radical Islam. What is crazy is that he has been kicked off and banned from Facebook on multiple occasions. All he wants to do is stop radical Islam and spread peace, and leftists want to stop him from doing that- for some strange reason.

But he has not backed down. And he does not seem like he will. When it comes to sharing the truth, he has the courage to stand up and speak up. Even if others are fighting against him, Tawhidi stands for what he believes in. He is a Muslim himself, yet he understands that Muslim texts have the tendency to radicalize Muslims.

In this debate, Tawhidi addresses the fact that Muslim texts lead young Muslims in the wrong direction. He says, “This happens because of the books that we have, the Islamic scriptures that we have. They push the Muslim youth to believe that if you go out there and you kill the infidel, that’s how you will gain paradise.” Jamal, on the other hand, claims that is not true. He says that it is because of ISIS that Muslims are getting radicalized. Jamal claims the scriptures have existed for hundreds of years and did not incite violence. But Tawhidi fights back with the truth – for 1400 years, Islam has been a religion of war.

Muslims are hearing and learning what their texts say. Young Muslims are being influenced by radical texts and extremism. And the fact that Jamal cannot admit that is frightening. Even when it is hard to face the truth, it must be done. Especially when an entire society is at risk. 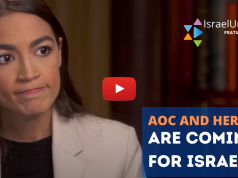 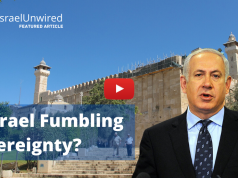