Ben Shapiro and famed feminist attorney Gloria Allred discuss the issue of biological males changing their gender to compete in women’s sports. While Allred never wavers on her beliefs that she cannot deny one an opportunity, she admits that this is a difficult issue that she is working through.

Gloria Allred is known to many as an unwavering leftwing feminist lawyer, always on the attack – the bane of conservatives. Of course, there is one persona in the media and the other when she is forced to confront Ben Shapiro.

The above video is an excellent example of what clear sighted questioning does to even the most ardent leftwing ideologue.

Ben Shapiro asked Allred, “As a feminist do you have an issue with transgender women ompeting against bilogical women in sports?”

Gloria Allred admitted its an issue and “It is difficult, especially when it comes to support, but I do not want to deny someone an opportunity to compete.”

By the end of the discussion Allred admitted that there is evidence that girls perfor better in a girls only environment. 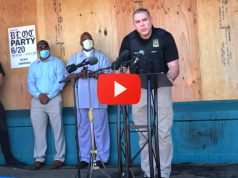