Yes – that is a bombastic headline. But it is not such a stretch. Bibi Netanyahu may indeed be on the cusp of changing history. When Israel liberated the heartland of Judea and Samaria in the Six Day War of 1967, all of a sudden, Jerusalem, Hebron, Shechem, Shilo, and more and more Biblical cities became part of the State of Israel for the first time in millenia.

But, to this day, more than 40 years later, they are still in a status of limbo. It is still an often-discussed idea that perhaps Israel will one day walk away from the lands that they liberated. But the major question is why? Why should Israel leave and give away the lands that it has every possible reason to hold on to? For historical, geopolitical, religious, and security reasons, Israel has got to be crazy to even consider giving away the lands of Judea and Samaria.

A Changing Point in History

Israel is clearly at a major crossroads in it’s history under the Trump Presidency. The United States of America has generally speaking been rather supportive of the State of Israel. Even the Presidents who pressured Israel occasionally basically supported the State of Israel.

However, the advent of the Trump presidency has brought some fundamental changes to some of the absurdities that have existed since the beginning of the State of Israel. The recognition by President Trump of Israel’s capital as Jerusalem was indeed a brave move. But it should have been an obvious move back when Israel declared Jerusalem as it’s capital many decades ago. Similarly, the idea that Israel’s annexation of the Golan Heights took decades for the United States to recognize is absurd. One 5 minute visit to the Golan Heights would convince any rational person that Israel cannot even fathom returning to the situation wherein Syrian machine guns are aimed at the Israeli villages beneath them. That is on top of the vast amount of Jewish history that took place in the Golan Heights.

Now that the idea of applying sovereignty to the Jewish towns in Judea and Samaria is on the table and being discussed openly by Bibi Netanyahu, we should admit that this is long overdue. This should have been decided upon decades ago. We must recognize that some historical moves are basically righting historical wrongs. 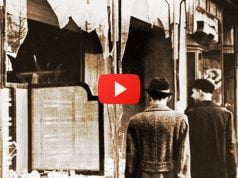 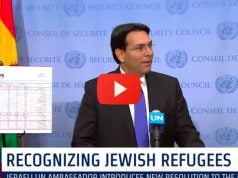 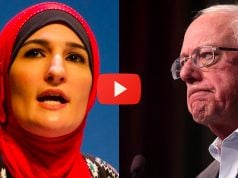 Do Bernie Sanders and surrogate Linda Sarsour have clashing views about...