The antisemitism in Black Lives Matter is clear. They support a Jewish genocide, and somehow, Jewish organizations stand behind them!

Black Lives Matter is not a movement that supports Black people throughout the world, despite what people may think. They are not about peace and equality. The organization has made it clear that they support a Marxist ideology. And on top of that, they support a Jewish genocide.

How do we know?

Well, BLM supporters call to “Free Palestine.” What does that mean? That they want the Jewish state to be destroyed. They want it wiped off the map. BLM supporters stand side by side with “Palestine” supporters. They feel their goals are connected. This antisemitic organization is not even trying to hide the truth! They have proved time and time again how much they hate the Jewish people. Their biggest supporters and spokespeople have made the most horrific antisemitic comments you can imagine. How much worse can it get?

To all the Jews and Israel supporters who back the BLM movement: Please, wake up to the truth. Realize that standing with Black Lives Matter does NOT show your support for Black people.

Of course all Jews should stand up for equality and freedom for all. Of course they should support and help whatever community needs it. But supporting BLM is NOT supporting Black people. Standing with BLM activists is standing with anti-Israel activists. It is standing with people who want to destroy the one and only Jewish state. They have disrespected Jews all over the world, and everyone needs to wake up to that truth. BLM is not hiding the truth, so what is your excuse for encouraging their behavior?

Please, do not support this horrendous movement. Do not support the antisemitism that they proudly display. In the end, it will only come back to bite you. 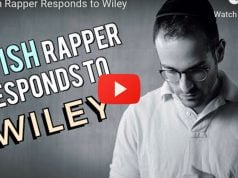