Women’s March co-chair Tamika Mallory just cannot manage to condemn Louis Farrakhan for who he is. She almost validates his horrifying beliefs!

.@TamikaDMallory: I didn’t call Farrakhan the greatest of all time because of his rhetoric, I called him that because of what he’s done for black communities.@MeghanMcCain blasts her for praising him, as well as the rejection of conservative women by @womensmarch pic.twitter.com/8Ez8xgLKif

The Women’s March has turned into an antisemitic and discriminatory platform that is against much of the population. The four co-chairs, Carmen Perez, Bob Bland, Linda Sarsour, and Tamika Mallory, have created something terrible. Even the original founders have rejected them! The March is no longer about women’s rights and anything relating to equality. It is just about discriminating against others.

Louis Farrakhan is a vicious anti-semite. The things he says about Jews is so terrible you almost would not believe it. He calls Jews termites. He praises Hitler and calls him “a great man.” And these Women’s March co-chairs support him! They not only associate with him, they look up to him. Tamika Mallory cannot even manage to condemn him completely and take back her praises of him. She just “doesn’t agree” with everything he says. That is ridiculous! This Women’s March co-chair should be doing way more than “disagreeing” with this horrid anti-semite.

Against Conservative Women too

Not only is the Women’s March antisemitic, Conservative women have also been discriminated against. As Meghan McCain says in this clip, “I’m pro-life, we were not invited. We were not allowed at that March.” The March does not represent anything positive, and it is sad that it is framed in a welcoming way. 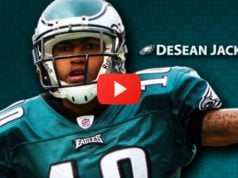