German Politician Bystron of the AfD party made a simple claim: “We must help the protesters in Iran, not the Mullahs!” He calls out the policies of the left that supported wars and now how they support the horrendous tyrannical Islamic regime of Iran, all in the name of “refraining” from war and violence. This is good and not to be missed.

The Left in All its Nakedness

Finally, a European politician who stands up for truth and human rights!
It is so sad that European leftist politicians who preach “morality” and “human rights” are the ones supporting the evil regime on the planet today, the Islamic Republic of Iran, that subjugates Iranian citizens who just want to be free!

The Party Standing Up for Truth & Human Rights

The German AfD party is the strongest pro-Israel party in Germany. They are strong partners in fighting against BDS and Hezbollah. Now they are also strong partners of the Iranian people in helping stand up strong againt the tyrannical Islamic regime of Iran.

Last week over 1,400 Iranians reached out to them on Twitter asking for help, since they are desperate for chang.

MP Petr Bystron gave a hellraising speech on Thursday in the Bundestag in the video above. Currently the video is subtitled in English and they are working on subtitles in Persian as well for the Iranians to see how they are standing up for them.

German MP Bystron: “We must help the protesters in Iran, not the Mullahs!“

German MP Petr Bystron, AfD Spokesman on the Bundestag  foreign policy committee, called out the Left, Greens, and Social Democrats over their support for the murderous Iranian regime, starting with an attack on former Green Foreign Minister Joschka Fischer, a former leftist radical, who in 1984 called the Bundestag chairman an “a**hole” and in 1999 approved air strikes against Kosovo. In the last week, Bystron received hundreds of tweets from desperate Iranians asking for help, and read out several of the tweets in the German parliament before calling on the German government to stop supporting the Iranian Islamic terrorist regime.

Some of the 1404 Tweets we received below: 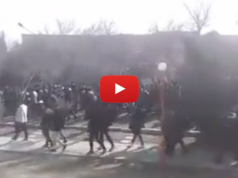 Iranians Turn Their Anger Against Their Leaders 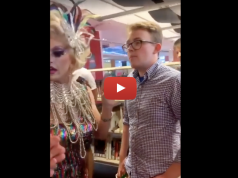 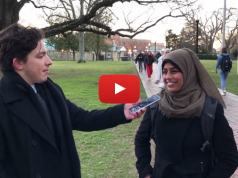 How Much Do People Know About Orthodox Jews? (Man on the Street )

Fatah promises to continue terror – “We will cause volcanoes to erupt under your...

Iranians Turn Their Anger Against Their Leaders