Fatah central committee member Abbas Zaki broadcasts to everyone a “value” that “Palestinian” Arabs have. A value? This is horrific!

Fatah is No Peace Partner

The attack that Abbas Zaki is speaking of happened on October 3, 2015. A 19-year-old terrorist stabbed and killed two Israelis, Rabbi Nehemiah Lavi and Aharon Bennett. The terrorist tried to murder Bennett’s wife and 2-year-old son as well. Can you imagine? What kind of monster would do such a thing?

Why is it so Hard to See the Truth?

Why is it that the international world has such a hard time seeing the truth? It is not rocket science. It is as clear as night and day. You don’t see 19-year-old Israelis going out to murder. And any case that there has been of a radical Israeli, Israel punishes them by the law. There is no value in Israeli society to murder. No, that is the “Palestinian” Arab society. Why can’t the world get that straight? 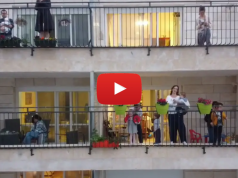 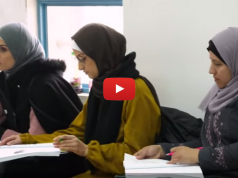