In a throw back to Stalinist Russia, a field organizer for the Sanders Campaign supports sending Trump supporters to reeducation camps similar to what Stalin did to his opponents.

While the term gulag might seem extreme, Kyle Jurek of the Sanders campaign believes Stalin did this in order to destroy Naziism. Of course, in his twisted world Jurek fails to understand the immense evil that the Gulags represented at the time. Millions suffered in the cold of Siberia and often were never seen again. Most of these people were not Nazis, but ordinary citizens.

Jurek represents a growing radicalization within the Democratic party, which sees all opposition to it as “evil” or “nazi.” For Jurek, the ends justify the means, even if it leas to destruction of other citizens.

Will Bernie Sanders do anything about this sort of rhetoric coming out of his campaign? Don’t count on it. After all Sanders has teamed up with Linda Sarsour, AOC, Ilhan Omar, and more hard left and anti-semitic Democrats. 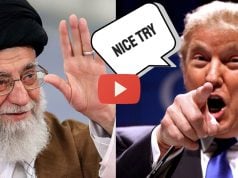