With terror balloons and rockets continuing to terrorize southern Israel, both Prime Minister Netanyahu and Defense Minister Bennett issued separate warnings to Hamas that Israel would not hesitate to launch a definitive operations against the strip.

While the rhetoric has been heating up between the Israeli government and Hamas, most observers insist that it is just talk while the election is only three weeks away. Both Netanyahu and Bennett need to pull from the same group of people and yet because they are in a political battle neither one will initiate an offensive.

Part of the Trump Plan?

What most observers and pundits are missing is that the Trump Peace Initiative dubbed “The Deal of the Century” calls for Gaza to be part of the future Palestinian statelet and yet part of that can only come when Hamas is no longer in control.

One many are missing is that the Trump administration cannot trust a Gantz government to both knock out Hamas and institute the “Peace Plan” and so despite the political season they may be backing Israel to finish off Hamas once and for all to both solidify the right’s ability to win the election and at the same time prepare Gaza for the potential chance join a “Palestinian” statelet.

With three weeks left until Israeli election and the right noy yet past the 61 seats necessary, anything is possible, even a Gaza War that aims to destroy Hamas. 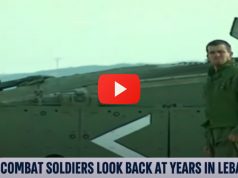