This article about terror victim Gilad Zar smiling up in heaven is a translation of a Hebrew post written by Yigal Dilmoni on his facebook page.  This is a testament to the spirit of the Jewish people.

Why am I sure Gilad Zar of Havat Gilad Farm is smiling up there in the sky?

In recent days we have been talking a lot about the Havat Gilad farm (that has finally been approved by the authorities), and less about Gilad, the victim who the farm was named after.

Who was Gilad Zar

Gilad Zar, the eldest son of Moshe and Yael Zar, was the security officer of the Shomron Regional Council (protecting all the residents from the terror of our enemies), a resident of Itamar, married to Hagar and father of eight sweet children.

Anyone who knew him, or stayed with him for an hour, fell in love with his special personality.

Gilad was a leader, leading the way. A man who people followed with faith and admiration. When he was around, everything was under control with someone to rely on, showing courage and heroism for all, with diligence and gentleness. A huge soul who was only looking to help.

Despite the threats to his life from the Arab terrorists he refused to switch his vehicle to be bullet-protected. He would say “If all the residents are traveling in a regular vehicle, I have to be like them.  How can I be confident that I am safe when everyone else is not?” These are words he stated just a few days before his murder.

A few days before the Passover holiday (2001) and a month and a half before his murder, Gilad was seriously wounded in a terror shooting attack close to Havat Gilad. Yet he did not lose his cool and composure.  With bullets in his stomach, he somehow made it to the nearest IDF base.  There he instructed the stunned medic to order a helicopter to evacuate himself.

Two weeks before his murder, we conducted a tour of the community of Itamar area with then Tourism Minister Rechavam Ze’evi HY”D. The talented photographer Nissim Lev caught the moment when Gandhi looked at Gilad’s belly.  With Gilad smiling, Ghandi asked him how he got healed so quickly an could return to work after such a serious injury?

Gilad was murdered a day after Shavuot 2001 on what is now called the Gilad Road.  Hundreds of meters from that spot, the Havat Gilad Farm was built.  Gilad was killed while touring the road to examine the progress of paving the road.

At the end of the shiva, his father Moshe decided to establish six settlements.  One for each letter in his name.

So how am I sure that Gilad smiles up in the sky?

Because he always smiled. He was always optimistic. When he realized that there was still much more to be done and the road was still long he did not flinch.  He took responsibility and did what needed to be done, with a smile.

The government’s decision yesterday also has much more to do. But it is an important step on the way.

And like Gilad, we also have a reason to smile.

Prime Minister Netanyahu announces the government decision to finally approve Havat Gilad as an official settlement after a 15 year wait:

Rabbi Haim Drukman visited the community of Havat Gilad, after the government decision, and he made a special blessing for all to hear: 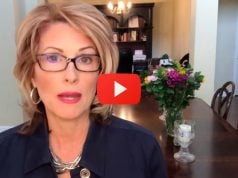 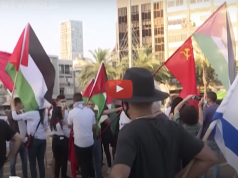