When will the left wake up and realize that the cause of “palestine” is not just antisemitic but anti-white as well?
While the Left loves to attack President Trump as a racist and antisemite, based on stretches, they ignore the actual antisemitism from the left. The whole “palestine” issue is a baby of the left, yet they are absolutely silent to the blatant antisemitism and incitement from students who support that cause.

These palestine supporting students openly tweet their hatred for Jews. They literally openly write that they want to use violence against Jews and even support the murder of Jews. Yet there is no reaction. No reaction from Twitter, no reaction from their Universities, and the left is absolutely silent!

Tweets in the Video

Rob Shimshock of Campus Unmasked reports in the above video the following statements and tweets:

“I am gonna throw rocks at Jews this summer” and “God will kill the Jews” are just some of the statements made by pro-Palestine students. And yet this is the “tolerant left.”

“I’m going to throw rocks at Jews this summer and no one is stopping me.” – tweeted by University of Houston student Tarek Abdo. A few months later he tweeted “I need to go throw some rocks at the Jews”.

One of the most powerful entities on the internet exposing the virulent antisemitism on college campuses is an outfit called Canary Mission.

WOW: UMD student Alawi Masud has a troubling take on Hitler: “…the only thing hotter than him were his camps.”https://t.co/TYusecwYNB pic.twitter.com/fMa38nxSju 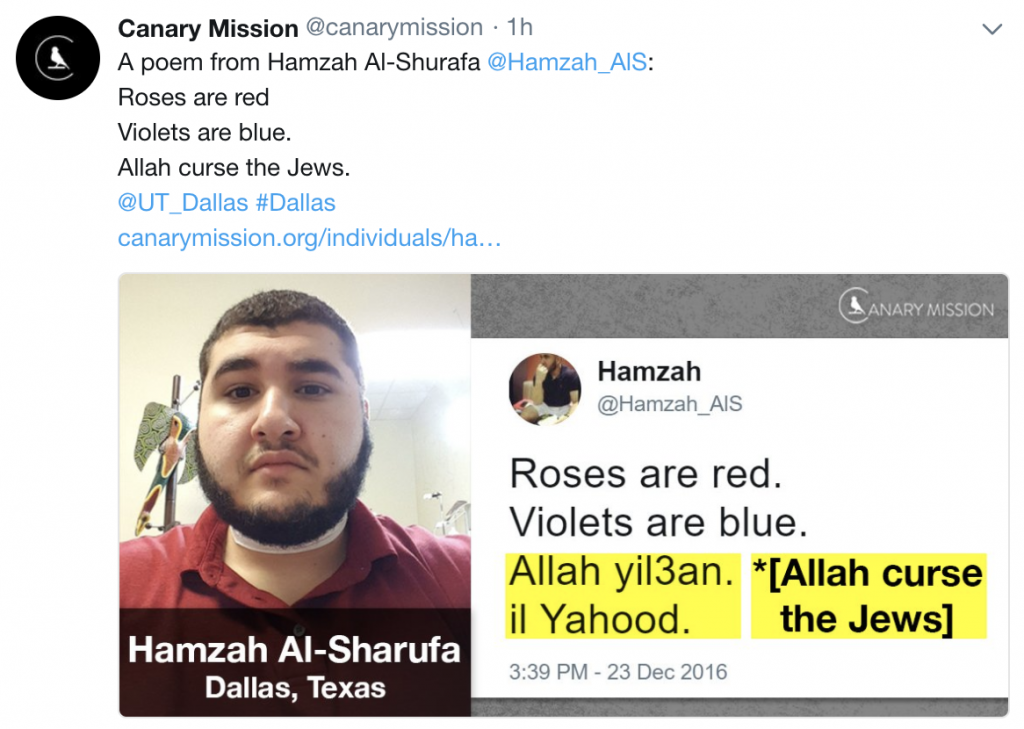 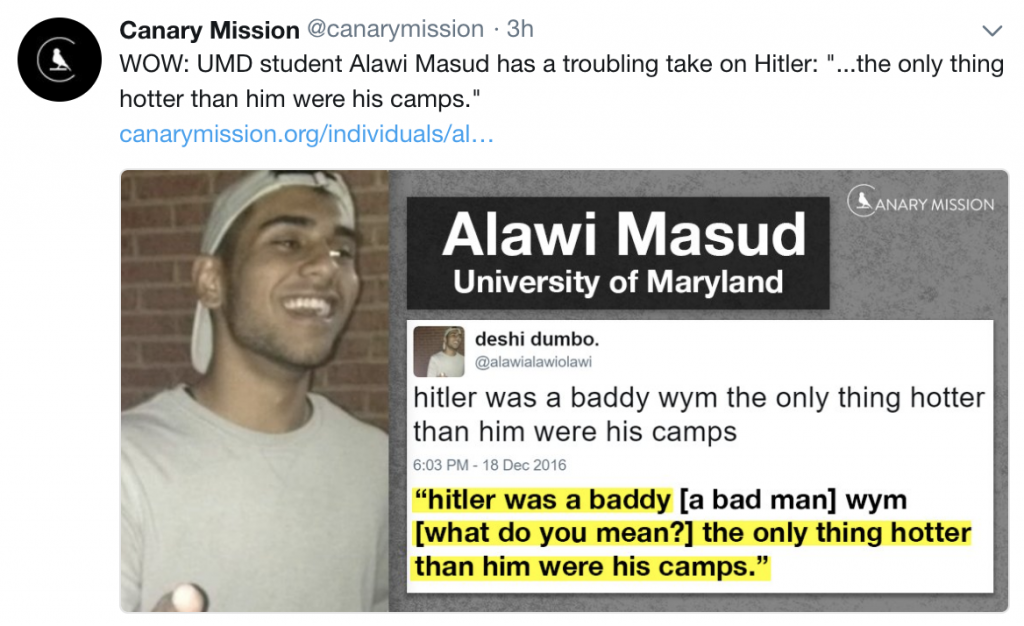