Home Israel News Hezbollah Tunnels Are Removed, but the Danger is Still Growing 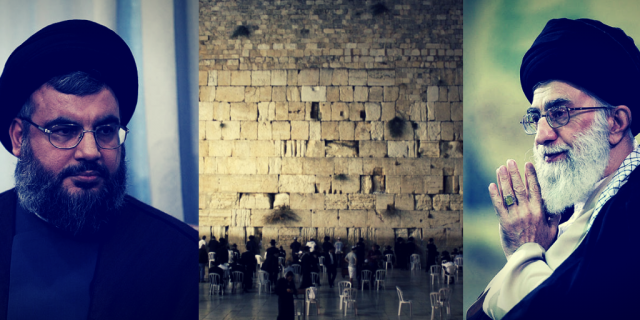 Prime Minister Netanyahu has claimed that he decided not to attack Hamas in Gaza in order to buy time to carry out the destruction of Hezbollah’s tunnels in the North.  No one knows if this is really true, but what is clear is that those tunnels would have been catastrophic if left alone.

The government has championed the discovery of these tunnels and their destruction as a major set back for Hezbollah.  While this is true, it tends to obfuscate the larger strategic challenge now engulfing Israel.

Hezbollah has the capabilities with or without those tunnels of creating serious destruction across the State of Israel. This, coupled with the fact that Russian protection gifted to Syria may in fact also be handed to Lebanon, means that Israel is in a far tougher situation than it previously was.

The Russian injection into the Syrian conflict has always been a complicating factor. Putin’s original reason for entering the Syrian civil war was to safeguard his access to the Middle East via the Eastern Mediterranean.  This was long ago achieved, so why did he stick around and in many ways shape the outcome in favor of not only Assad, which was expected, but most importantly Hezbollah?  To top off the confusion, he has more or less until recently been accommodating to Israel’s needs.

This last point is currently the point which is most worrisome to Israel. Putin has at times been reluctant to allow Israel’s operational freedom in Southwestern Syria and Lebanon and at other times he has been very forgiving of any aerial attacks against Iranian and Hezbollah interests.

With the USA’s perceived pull out from Syria, the leverage Bibi has had with Putin has all but disappeared. This means that Israel will be more and more at the whim of Putin for its defense and less able to maneuver in Southern Syria.

This allows Hezbollah time to build up and Iran time to move in more arms into the a forward position against Israel.

Hezbollah’s Tunnels Are Not the Main Danger

“Iraq is under growing influence of the Qods Force and Iran.”

True, destroying Hezbollah’s tunnels might have been an immediate set back, but relying on Russia for help has given both Hezbollah and Iran enough backing to tighten their noose around Israel.

Just yesterday, Israel claimed that Iran could use its growing clout in Iraq to turn it into a launchpad for attacks against Israel.

This of course is just one of many growing challenges that dwarf the tunnel threat posed by Hezbollah.