Home IDF The IDF singing for Jerusalem will blow you away

It’s special to see the IDF singing for Israel’s capital city, Jerusalem. The rendition of this famous Jewish song, Im Eshkachech, is a must hear.

There is so much talk nowadays about what the capital city of Israel is. Jerusalem is Israel’s capital city, despite what the world may say. The world doesn’t want to admit that Jerusalem belongs to the Jewish people – even though it so obviously does.

Recently, some countries, including the United States, have made a statement by moving their embassies to Jerusalem. History is being made!

Both Jewish Temples stood in Jerusalem. It has been the capital for thousands of years! No other nation can say that about Jerusalem.

The soldiers in the IDF do unbelievable things for the country. Whether it’s on or off the battlefield, they are contributing in some way. The soldiers in this video are singing for Jerusalem. It is beautiful to see a nation who has not given up hope for the full rebuilding of its capital city. Jews have not stopped praying for Jerusalem since its destruction, and to hear the voices of those in the IDF singing and longing for their capital will just blow you away.

The song the soldiers are singing is Im Eshkachech. The words are from the book of Psalms, Psalm 137.

The translation is below:

If I forget you, O Jerusalem, may my right hand forget [its skill].
May my tongue cling to my palate, if I do not remember you, if I do not bring up Jerusalem at the beginning of my joy (Translation from Chabad.org).

The Jewish people really value and hold by these words. They are constantly talking about Jerusalem in prayers and songs. Talk and remembrance of Jerusalem is built into the Jewish life.

And no one can deny that. 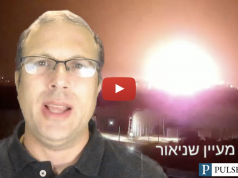 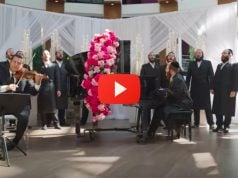