If you only like to watch things that are politically correct, then don’t watch this. Every taboo is broken in this film about the norms of Islamic dictatorships. What is so sad is that so much that is exhibited in this film is unfortunately true. When elections end up with 99% of the vote going towards one candidate in so many Arab countries in the Middle East, there is obviously not even a fake democracy that is present. There is actually a great variety between the various forms of dictatorships. But, they are all not free countries.

There is no better way to point out the absurdities that exist in today’s world than via the use of satire. The Latma website did this artfully for many years in Hebrew (and sometimes in English) concerning Israeli news. However, when it comes to Iran, “The Dictator” is in a league of it’s own. We all actually know that this is the case and that the dictators of so many countries only make declarations that are for the purpose of assuaging the foreign press.

But, in truth, it must be said – the average Arab country is nothing more than a ruthless or friendly dictatorship that cares very little about the people that it rules over. They only care about personal aggrandizement of power and money. What is interesting is that sometimes Western democracies determine that this in the best interest to work closely with the dictatorships – at least for the short term. This was the case with Saddam Hussein in Iraq. The United States, France and other Western countries worked with Saddam Hussein in an effort to rein in the influence of the Ayatollahs in Iran. Was this wrong? Ask Machiavelli. He would probably say that this was exactly the right thing. However, less than a decade later, the United States was bombing Iraq into submission after Iraq invaded Kuwait and threatened Saudi Arabia.

So, even if we make jokes about these dictators in order to bring out the truth, we need to also be willing to work within their absurd lifestyles in order to further the interests of Western democracies. 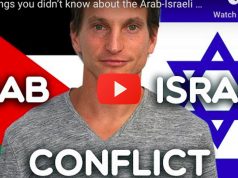 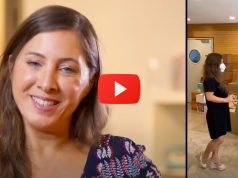