Home Politics Is there a Deep State coup underway against Bibi Netanyahu?

With Israel heading to a third election and the Prime Minister now indicted, the real story is what is driving the judicial system against the Prime Minister. Mark Levin, in a comprehensive show below explains how the current crisis and political upheaval are really a product of a Deep State coup underway against Bibi Netanyahu.

Israel’s Deep State as I have pointed out in other places, has an entrenched interest in keeping their power within the Justice system and Law enforcement agencies. This is where the left’s hold on Israel’s system remains the strongest and provides for an ability to thwart the nationalist and rightwing capabilities to actually implement policies that are beneficial to a majority of Israelis.

This struggle between the national camp and those hold overs within the bureaucracy of Israel is the real internal war going on now. The cases against Netanyahu are flimsy and yet the judicial system has used its power to create obstacles for Netanyahu to easily defeat them.

For example, the Attorney General has filled the case files with over 300 witnesses, many who have little or nothing to do with the cases themselves. One reason to do this is to keep the Prime Minister’s case going for years, forcing him to step down to handle it.

Ultimately, the left has recognized that the younger generation of right wing politicians in Israel are now coming of age. They have grown and matured under Netanyahu’s cover and are willing to do away with the Left’s Deep State once and for all. By taking the Prime Minister down and ensure a center-left coalition, or even someone amicable to the judiciary from the center-right, they can hold on longer to their power.

Ironically, it is the Prime Minister, when asked years ago to change the system to ensure more transparency, opted to protect it rather than alter it. This decision may have been a mistake as he underestimated the determination that the Deep State would have at taking him down.

What to Expect Next?

As Israel is in a period of chaos, predictions seem to be unwarranted as most have been deemed wrong over the last year. One thing is clear, after 70 years we seem to be reaching a point of national reckoning with two great founding movements the Labor Zionists who morphed into the secular Deep State and the Zionist Revisionists represented by the Likud throwing down for a final battle of rulership in the Holy Land.

Perhaps Israelis have matured more than their leaders and will opt to go a third way altogether. These days, anything is possible. 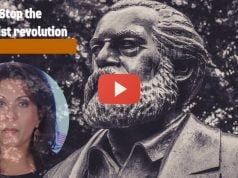 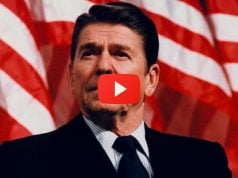