Just over 70 years ago, on the very first Israel Independence Day, the world was a very different place. Millions – yes millions – of Jews were refugees or recent immigrants living in new countries. The Jewish people were in shambles. They mourned the unspeakable tragedy of the Holocaust, yet somehow moved on.  Then, against all odds, a remnant of the Jewish people in the Land of Israel succeeded in declaring a State of Israel and holding onto it after it was invaded by 6 Arab Armies surrounding it.

At the end of the Holocaust in 1945, the British Empire still occupied the Land of Israel.  Around 500,000 Jews lived in the Land of Israel.  Most of the Jews in the world lived elsewhere.  In the United States and Canada – around 2-3 million Jews – mainly 1st and 2nd generation immigrants – struggled to get ahead and Americanize.  The new Soviet Union contained at least 1 million Jews – perhaps many more.  They lived under total domination under the Stalinist regime where religious practice was strictly forbidden.  In Western Europe, around 1 million Jews lived in England, France, and many displaced person’s camps in Germany, Austria, and other locations.

Around 2 million Sephardic Jews – lived in Morocco, Iraq, Algeria, Tunisia, Iran, Yemen, Syria, Lebanon and elsewhere.  Most of them were about to undergo a major change in their lives and transplant to the Land of Israel. The rest of the Jews lived in Australia, South America, South Africa, or other small pockets across the world.

The future did not look good.  But, David Ben-Gurion declared the State of Israel in May, 1948.  One of the first laws of the land was the right of return.  This law declared that any Jew possessed the right to live in the Land of Israel.  The result – The largest influx of world Jewry into the Land of Israel since the days of Joshua.  Miraculously, in just 1 decade, Israel multiplied it’s population by around 400%. The trend of positive population growth continues to this day.

How can such an amazing 70 year old miracle be expressed? This song is an excellent attempt. 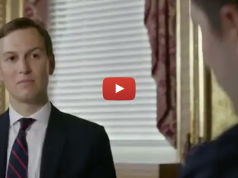