The leftists in Israel smell blood. They think that due to the horrible economic situation, extremely high unemployment and overall insecurity because of the corona virus, that they can finally get rid of Israeli Prime Minister Benjamin Netanyahu and the Israeli right.

So every night they protest outside the Prime Minister’s House, which is located in the middle of a residential area in Jerusalem.

But listen to these leftists. They don’t just hate Netanyahu, they are anti-Jewish!

This man is just begging the protestors for quiet because his children can’t sleep thanks to their extremely loud protest right beneath his window. Not only do the protestors ignore this poor father’s plea, they proceed to tell him to leave Israel and return to America where he came from! He is a proud Jew who returned to live in his ancestral homeland where Jews are supposed to live, yet these leftists don’t want him here.

This is the ultimate problem with the Israeli left. They hate their Jewish identity. They just want to live in a country like any other country without any connection to our unique and indigenous Jewish identity.

If you think about it, that is exactly the problem if the American left, they want a cosmopolitan America without any connection to the pride of the American identity and heritage.

That is why my ultimate message to all, especially to my fellow Jews, is to be proud of your identity. That is the secret sauce that ensures our survival, as a people and as individuals.

The left in Israel and the US think it’s smells blood to get rid of Netanyahu and Trump, and the proud nationalism they represent. However, they are awakening the masses to reconnect and strengthen their identities. The left will lose as long as we deepen our unique identities as Jews or Americans, and then the future for both our nations will be bright. 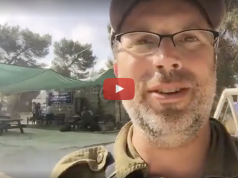 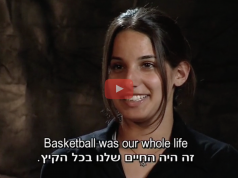