The EU Parliament should know the truth without an Israeli soldier telling them. Why is the world so blind to what’s actually happening in Israel?

The EU Parliament and the World

This video shows an Israeli soldier sharing the truth about what happens at the Gaza border. Hamas and Palestinian Arab terrorists send their own people to the border – CHILDREN! They involve children in war in a way that no civilized group of people does. And the world really pretends not to know? The Israeli soldier is trying to tell the EU Parliament and really the world what he has witnessed. But why do they not already know? Why do they close their eyes to the truth? Israel does not want war. They want peace. But they cannot allow terrorists to destroy their country and people. So they need to defend themselves. That is all it is – defense. But you can see even just from this video that the other side actively sends people – children – to harm Israelis.

Why won’t the United Nations call an emergency meeting for situations like these? It is a violation of international law to use children in warfare. It violates every rule. But Hamas does not care about rules or children. Does the UN not see that? This is a sad testimony by an Israeli soldier. The story of Hamas sending over two innocent boys to infiltrate Israel’s border is disturbing. But it is also disturbing that Israel needs to plead its case like this! The truth should be so obvious to everyone. Yet sometimes, it feels like no one is listening. Sometimes it feels like the entire world has its head on backwards. Maybe one day, they will all turn their heads around and see what is right in front of their eyes. 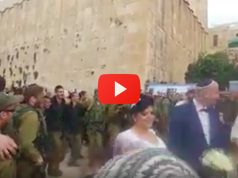 These Are The Frontlines Of Redeeming Jerusalem