Rudy Rochman has been in some serious debates with pro-“Palestinian” activists and has succeeded many times in changing opinions, but this time the debater was a “Palestinian” who stood his ground until Rudy showed why they as “cousins” should work together.

Rudy Rochman, like many younger pro-Israel activists have decided to take a far different approach when confronted with the “Palestinian” narrative. While still decidedly pro-Israel, Rudy shows most “Palestinian” activists why it is those on the outside who have exploited both sides that are true enemy.

In the above vide, Rudy himself tackles the false leftwing narrative that Jews are European colonists. “Jews are not from Europe. They’re displaced Judeans that were displaced by the Romans to Europe.”

In the video Rudy explains that it is the politicians that pit both sides against each other. While the interchange gets tough sometimes, by the end, Rudy and the “Palestinian” activists appear to agree that it is the outsiders that cause both sides most of the problems they have.

“I’m against Trump’s ‘Peace Plan.’ It’s once again another form of dividing our populations on a Land we should all equally live,” Rudy explains. 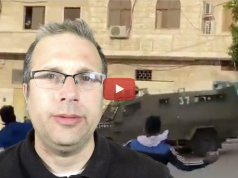 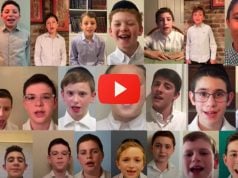 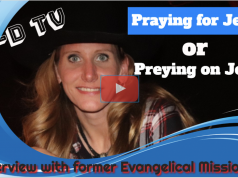