Judea and Samaria has been subject to too many terror attacks. The world doesn’t even know sometimes. In the first week of January, they were hit with 57!

The world is confused about Judea and Samaria. They call it the “disputed” territories, but really, the ENTIRE land of Israel belongs to the Jewish people. The “Palestinians” paint this picture that they are just trying to fight back against “oppression.” But really, they are actively trying to murder innocent Jewish people living in Judea and Samaria as well as places all across Israel. And that just further proves that it is not about any specific area in Israel. Because even in places that the world does not call “the West Bank,” there have still been terrorist attacks.

People seem to not care when large stones and firebombs are pelted at cars and buses. Because it is the “Palestinians” doing it to the Jews. And that doesn’t seem to get as much world attention. But this is the truth. 57 terrorist attacks in the first week of January. People need to know. These incidents deserve attention.

If you take a look at the family in this video, the Shevach family, you will understand why terrorism will never win. The Jewish people are strong and determined. They are faithful and value life. And no matter how hard the terrorists try to harm us, we just come back stronger. It is inspiring to see a mother who lost her husband and children who lost their father to terrorism, yet they still have faith in God and in what their mission is in the land. Have you ever seen such strength?

But it is still the hope that Judea and Samaria as well as the rest of Israel should know of no more suffering. 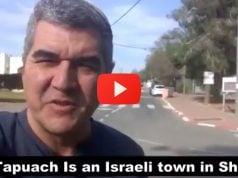 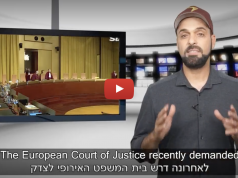