The watchman, Erick Stakelbeck, goes underneath the City of David with Ze’ev Orenstein, Director of International relations for this historic landmark.

New rooms have been discovered with interesting holes in the walls and the ground.  Watch the mystery unfold as Ze’ev and Erick try to figure out one of the latest exciting finds at the ancient City of David.  Some people see old structures that mean nothing. However, to Orenstein, and the archaeologists, each find at the City of David uncovers more mysteries of our Jewish past.

Can you imagine the ancient palace of King David under the control of the Palestinian Authority instead of Israel? Based on the claim that Jews never lived there and it belongs to the Arabs?

That is exactly what the world is trying to do when they use the term “East Jerusalem.”  They are trying to disassociate this area from the Jews, and de-facto have the masses believe that it belongs to the Arabs.

This area of Jerusalem is mistakenly called “East Jerusalem.” Why?  Since it was on the Jordanian side of Jerusalem during the 19 years of Jordanian occupation between 1948-1967.

However, this was the City of David! The palace of King David once stood at this very place.

In addition, Jerusalem was always a united city. The only time it was divided was for the 19 years of Jordanian occupation.

The Importance of Archaeology

This clearly helps clarify the importance of archaeology. Even though we know our heritage, culture and history took place here in this land. It is the discoveries from the archaeology that prove the lies of our Arab cousins wrong. 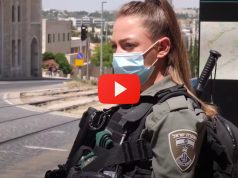 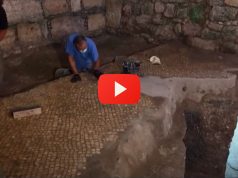 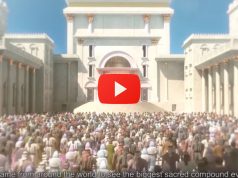