I was blessed to ask to speak at an amazing election event with Prime Minister Benjamin Netanyahu last week for English speakers who live in Israel.

Netanyahu is responsible for Israel being in the best economic situation, best security situation and best geo-political situation, EVER! He is a leader who is respected by world leaders and he is able to manage close relationships with all of them to ensure Israel remains as safe as possible.

Israel is in the best economic situation ever. We have the best security situation ever. The best geopolitical situation ever. And yes, it is all due to the unbelievable leadership of Prime Minister Benjamin Netanyahu who has navigated so much to attain the state we are in. Do you really hate him so much to want to get rid of him and end this period of good that he has led us to?

Is he perfect? No. Is the situation in Israel perfect? No. But do you really think Gantz has what it takes to manage relationships with Trump, Putin, Modi and other world leaders to keep Israel safe? It’s a landmine out there, and Netanyahu has the skills, know-how and relationships to keep us safe!

I have a firm understanding that the role of Prime Minister of Israel is one of the hardest jobs in the world, possibly even harder than President of the United States, or a close second.

Hands down, Benjamin Netanyahu is the BEST Prime Minister Israel has every had. To me it makes absolutely no sense to get rid of him and replace him with a failed IDF Chief of Staff, who is proud of sacrificing Golani soldiers in Gaza in order to not by accident kill human shields; a man with no business experience except for a failed hi-tech company tainted with corruption, and who will place the head of the workers union as finance minister! In addition to Gantz being the head of a party that is unified on no issue except to take Netanyahu down.

To me, the picture is complex, but the answer, of who is able to run Israel the best out of the two options, is crystal clear.

On top of all of this, anyone who wants Israel to finally begin to apply sovereignty to Judea, Samaria and the Jordan Valley can ONLY vote for Netanyahu. When Gantz says he will do it with international agreement, he means that he will NEVER do it!!!

Honestly, anyone who prefers Gantz to become Prime Minister, with no business/finance experience, no geo-political experience and no governing experience is literally voting for a decline of Israel in all parameters.

Life is about gratitude, and voting to potentially have Gantz replace Netanyahu not only is an act of ingratitude but an act that hurts us, the people of Israel!

We need 61 to have a right-wing government with Netanyahu as Prime Minister. Go vote!!! Not going to vote is a vote for Gantz, Tibi and a Union boss Finance Minister who will hurt our economy, and a missed historic opportunity to apply sovereignty in as many areas of Judea & Samaria that we can! 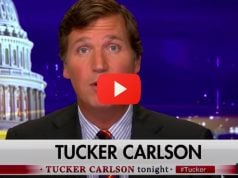 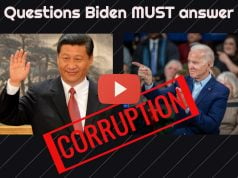 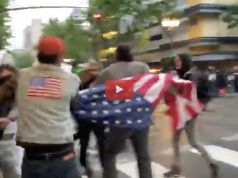