The New York Times finds out that a newly hired writer is a racist, but they defend her instead of firing her.

What has the track record been for the New York Times until now?

Victor Davis Hanson wrote the following in the National Review:

“The Times knew that in recent years Jeong had posted a series of unapologetically racist anti-white tweets. She had offered wisdom such as “#CancelWhitePeople” and expressed hatred for males.

Yet when the Times discovered less graphic versions of such tweets from newly hired technology writer Quinn Norton earlier this year, the newspaper immediately fired Norton.

The message of disparate treatment was that what bothers the New York Times is not racism per se, but who is the racist and who are her targets.”

This is the kind of double standard that people are accustomed to seeing in the New York Times. So that even if the articles there  have excellent content, that still doesn’t justify the clear slant.

This is not a new phenomenon for the New York Times.  Throughout the 80’s, 90’s and to this very day, nearly every article in the NY Times that focuses on Israel has a clear narrative.

Israel is now the Goliath.  The Palestinian people are the little David, and Israel oppresses it’s innocent minority.  When Arabs kill Jews in Israel, the NY Times headlines will often say something murky like “Settler killed in violence in Occupied Territories.”

However, the truth is that an Arab killed a Jew because he is a Jew, and where in Israel a terrorist attacks is a minor detail.  What matters is that Arabs continue to terrorize Jews and Jews continue to seek out peace.  But that narrative does not exist on the pages of the New York Times. 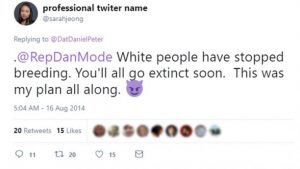 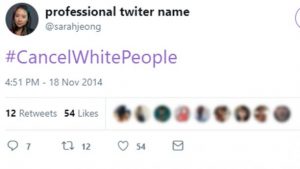 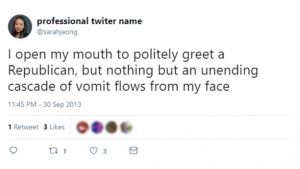 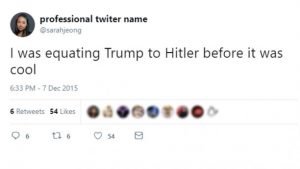