What many people don’t realize about the Western Wall is that there is so much archaeology surrounding it. New discoveries are constantly being made!

History Around the Western Wall

The Western Wall is a place of prayer. It is holy. But what it surrounded was even holier: The Temple. Because we don’t have the Temple today, the Western Wall became a spot where people from all over the world come to pray.

But did you ever think about what is under the Western Wall? Next to it? Near it? Surrounding it?

Archaeology. Discoveries. Ancient artifacts. There is so much happening beneath the surface.

Mysteries are being solved. Stories are being told. 2,000 year old pieces are being put back together. Since the digging for the truth began, it hasn’t stopped. And it is beyond magnificent.

How Much More Proof Do You Need?

If the world cannot manage to acknowledge the history of Israel when there is tangible proof, then what will make them believe what happened in the past? They can literally feel the history with their own hands, yet they deny it. People who deny such hard evidence will never admit the truth. It stares them in the face, and they don’t care. You can’t argue with truth deniers. When something is so obvious and a person won’t admit it, there is no breaking through into their minds.

Archaeologists will keep digging. Jews will keep living in their homeland. The Bible will continue to be true. And the truth will keep being told. 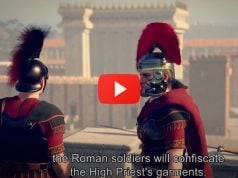 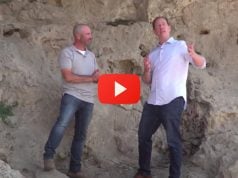 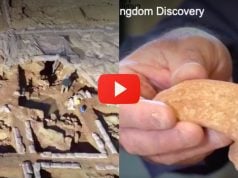