Black or white, simple or colorful. The Kippah is very visible in Judaism. But what is it about? Why do people wear it? The answers are here, along with a famous story from the US Marines.

You are probably familiar with the Kippah. The Kippah is a head covering used by religious Jewish men. Yet there are many names for this. Some people call it a skull cap. Others call it a kippah, while there are those who call it a yarmulka.

In Jewish tradition, a person’s head represents his intellect as the brain is located there. So, by placing a skull cap on top of it, we remind ourselves that God’s wisdom is higher than our human intellect.

The Kippah and the US Army

A famous incident involving the Kippah took place in 1983, with the Jewish Chaplain Arnold Resnicoff of the United States Navy. Back then, the Islamic Jihad took responsibility for an Arab attack in Beirut that killed 241 US servicemen. Resnicoff, who was there, immediately tried to help the victims. Without much supplies at hand, he improvised and used his skull cap to wipe the blood off the wounded marines’ faces. Afterward, George Pucciarelli, a Catholic Chaplain, saw what happened. He tore off a piece of his Marine camouflage uniform to replace Resnicoff’s blood-soaked Kippah.

So the little garment has a lot of significance. Yet not many people know so much about this item. That’s why this video has been so popular. It enables the average person to see and feel what a skullcap actually is. 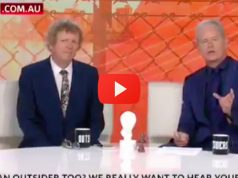 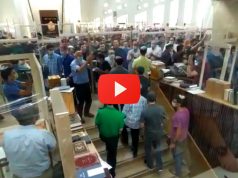