Home Politics Persian culture in Iran is at risk – but not because of...

Iran is not what we all think it is. The culture of Iran is not only the culture of backwards Ayatollahs and radical Islam. On the contrary, Iran was one of the most developed countries in the Middle East until the late 1970’s. Back then, many American businesses viewed working with Iran as the best foothold for opening up their involvement in the entire Middle East. The Shah was the leader of Iran, and although Iran was not known for being very democratic, it was a Western leaning country. That is until the revolution in 1979. That was the turning point.

Persian culture goes back thousands of years. But part of the radical Islamic approach has been to destroy things that don’t fit in with their world view. The United States is at the forefront of preserving Persian culture by assisting in the downfall of the present Iranian government. Although it may be unwise for the United States to get involved in nation-building projects like it has in Iraq, bringing down dictatorships that threaten entire regions is a good thing. The alternative is much much better.

Iran will probably not go back to it’s heydays of the 60’s and 70’s so quickly. But that should be the ultimate goal. The key is to understand that the killing of the General may be the ultimate turning point, but only part of the process. The goal should be the downfall of Iran and the reintroduction of democracy into the region. Once Iran acts the way Jordan acts in the Middle East, it will be a peaceful buffer between Iraq, Afghanistan, Turkey and Syria. Today, it still is the powder keg and the supplier of all of the explosives that have wreaked havoc on the entire region. 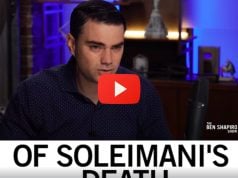 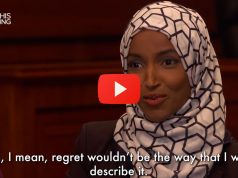 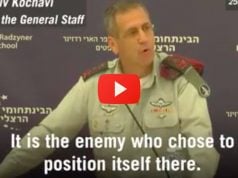 Deputy Mayor of Jerusalem is trying to help the Arabs – but is the...

Persian culture in Iran is at risk – but not because...