This video shows Laura Loomer exposing the radical Muslims in Congress months and months before Twitter even took any notice.

Shout out to #LauraLoomer for being a martyr & exposing the radical Islamists who are trying to infiltrate our government.

She was blowing the whistle on Reps. Rashida Talib & Ilhan Omar over 6 months ago before Twitter banned her & PayPal closed her account.

What has America come to? We actually have radical Muslims in Congress! Our very own government! We are not talking about some far off country. This is the United States of America, and Rashida Tlaib and Ilhan Omar are two radical Muslims in the American Congress.

How did they make it so far? Did anyone notice?

Laura Loomer, a political online activist, blew the whistle on these two representatives long ago. Months and months ago! She tried to show the world the true goals of Tlaib and Omar. Loomer attempted to expose them and show the type of legislation they approve of and disapprove of. But no one listened. She was pushed aside. She was ignored. And now, America is paying the price. Sure, Twitter and PayPal have now taken some action. But is it too late? 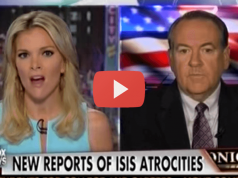