Judicial injustice is the only term to use in explaining the horrific situation of yet another Jewish community.  Israel’s Supreme Court system decided to destroy the community of Netiv Ha’avot. Every legal solution that the Government offered to solve the situation was rejected by the Supreme Court. How is the judicial injustice so clear? Because of a clear double standard. With the homes of Arab terrorists the Supreme Court forbids the army from destroying homes, on humanitarian grounds. Instead the Supreme Court only allows destroying the bedroom of the terrorist. However, in the case of Jewish homes, they don’t find ANY humanitarian grounds to save the homes.

This is one of the 17 families about to lose their homes. Listening to what they have to say should leave you with tears.

The IDF and police arrived yesterday to prepare for the destruction of the homes in Netiv Ha’avot.

Hasten explains that only small parts of the homes are on land that is questionable. “Instead of finding practical solutions, the court ruled that each and every home (along with two other structures in the neighborhood) must be demolished in their entirety.”

While the Supreme Court constantly denies the State the right to destroy homes of terrorists, or homes built by Arabs or Bedouin illegaly across Israel, they have a different standard in deciding on Jewish homes.  For Jews, the State decides to destroy the homes, even if only legal questions exist.  It is this double standard that allows me to point my figure and claim “legal INJUSTICE.”  This shows a clear ideological basis for the judges decisions, without truly caring about what the laws say.

See with Your Own Eyes

See this lunacy with your own eyes.

Watch the following video and hear directly from one of the 17 homeowners.   Their home is slated for destruction.  See with your own eyes what is about to be destroyed and why.  This is clearly judicial injustice, tyranny and discrimination against Jews!!!

It is so very sad that these families will be homeless. Judicial injustice is never ok. It is even more infuriating because of the double standard against Jews in our own country.

We have much to be proud of in our country.  But, we must remove the left-wing agenda driven obstacles from the justice system.  Day by day, the justice system is taking more and more power away from the government.  Only people who are democratically elected by the public should determine the laws of the Land! 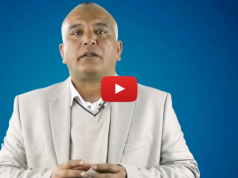 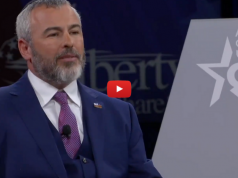 Yishai Fleisher: “We Cannot Be Victims of Terror” 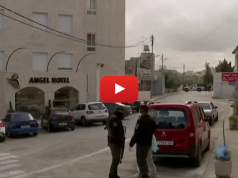 Israel Shuts Down Its Borders Over Corona