“Our objective is to starve the Iranian regime of the revenue it uses to fund violent and destabilizing activities throughout the Middle East and around the world. Our ultimate goal is to convince the regime to abandon its revolutionary course. Rest assured, Iran will never come close to getting a nuclear weapon on President Trump’s watch.”

The U.S. has reimposed tough sanctions on #Iran’s regime as part of our relentless pressure campaign to convince the regime to change its destructive behavior. Iran’s regime has a choice: change its behavior and act like a normal country or watch the escalating pressure continue. pic.twitter.com/Yg0e8ovDPs

Today marks the 39th anniversary of the U.S. embassy takeover in Tehran, when more than 50 of our colleagues were taken hostage. Their courage & resolve over 444 days in captivity continues to underscore our commitment to compel #Iran to permanently abandon its outlaw activities.

The International Monetary Fund @IMFNews is projecting a 3.6% decline in #Iran’s economy next year. That’s what happens when the ruling regime steals from its people and invests in Assad. Instead of creating jobs for Iranians, they ruin the economy.

We congratulate the government of #Denmark on its arrest of an Iranian regime assassin. For nearly 40 years, Europe has been the target of #Iran-sponsored terrorist attacks. We call on our allies and partners to confront the full range of Iran’s threats to peace and security. 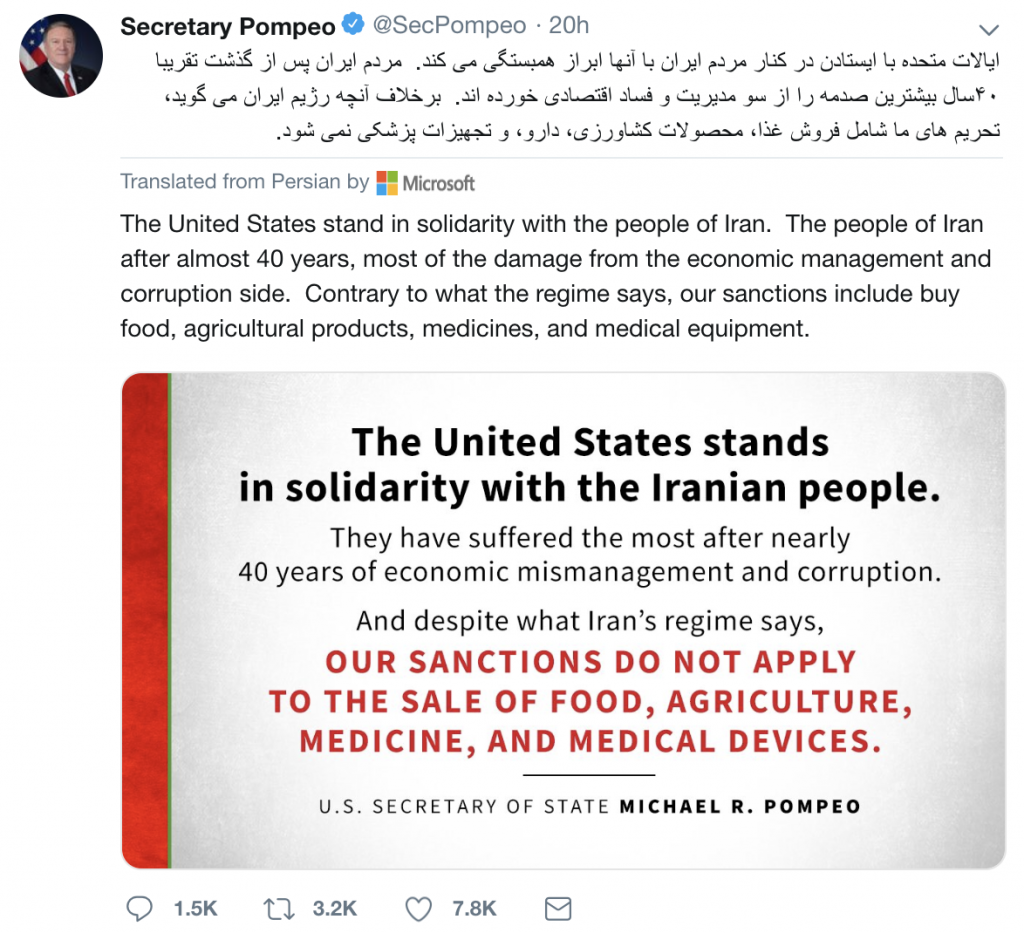