A journalist from South Africa reveals something amazing about how Arabs and Jews alike are treated in Israeli hospitals. This shows the truth about Israel really being an apartheid state.

Is Israel An Apartheid State?

Israel has been described as an “apartheid” state by some scholars, United Nations investigators, human rights groups critical of Israeli policy and the BDS Movement. Many critics have said that Israel does not have sovereignty over Gaza and cities in Judea and Samaria but still has a great presence there.

For anyone that has walked into an Israeli hospital would not believe that people are calling it an apartheid State. In hospitals all over Israel they are treating Jews and Arabs alike, there are even Arab Doctors and Nurses. Israeli Doctors don’t believe you can pick and chose your patients. They treat a sick person no matter the background.

Israeli Hospitals have treated terrorists, that have killed friends or family. They have treated citizens from Gaza. Israel brings in citizens from Syria that need treatment and treat them in hospitals in the North of Israel. How can this be an apartheid State? Israel looks past the Arab Israeli Conflict to treat the needed.

Separation In Other Countries

There was segregation in South Africa, after all, it is where the term comes from. There was even legislation passed such as the Prohibitions of Mixed Marriages Act in 1949, the Immorality Act of 1950, where even sexual relations in between races became a criminal offense. The Reservation of Separate Amenities Act of 1953, municipal grounds could be reserved for a particular race. This created separate buses, beaches, parks, hospitals, and schools.

Would America not have been called an Apartheid State in the 1950s and 1960s? Would you consider Saudi Arabia an apartheid state? The way it treats its Muslim and non-Muslim citizens? What about countries that treat men and women differently? 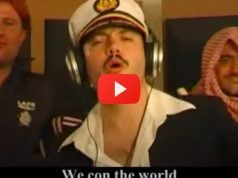 THE GEORGE FLOYD INSURRECTION: Is History Repeating Itself?