Nikki Haley’s tenure at the United Nations is a story of success that followed success.  She was in an extremely tough position at the UN while the President of the United States managed a turbulent foreign policy.  But she stuck to her priorities and held strong.

She did not hold back when she had to attack Syria for their use of chemical weapons.  When the Trump administration made it clear that the US would not continue to bankroll the UN, she stood up and plainly declared that things will change.

The UN Human Rights Council has been a joke for decades.  But, everybody got used to it as if it was a status-quo that could not be changed.  Not with President Trump and Nikki Haley running things.  They simply withdrew.

Putin is probably happy he didn’t have to deal with Nikki Haley.  She is a tough opponent to the Russian human rights record.  Moreover, everything she says is so downright believable.  She doesn’t come off as anything but a sincere leader.

Perhaps that is what has endeared her to so many people in this age of cynical and partisan political leadership.

Will the Russian bear become more aggressive or less aggressive due to the Trump foreign policy?

Will the threat from Syria and Iraq increase or decrease?

Perhaps most important for Israel, will the Iranian threat subside or increase?

One thing is for sure.  Nikki Haley’s leadership will not disappear from the central stage.  It will grow and grow in the coming years.. 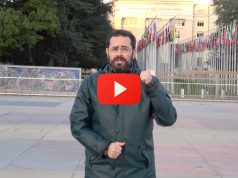 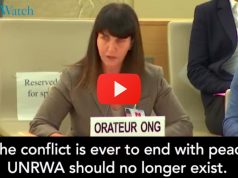 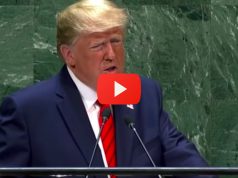