Anti-Semitism seems like it is just getting worse as a temple is vandalized in Lincoln, Nebraska.

Surveillance video shows that around midnight a male spray painting the door and steps of South Street Temple and then stepping back and taking a photo of his offensive work.

The Lincoln Police Department LPD said that a passerby called police on Wednesday morning around 9 a.m., about the vandalism at the temple.

Nicole Tooker lives near the temple and said she saw the graffiti while walking her daughter to school.

Officers on the scene said they observed an unknown individual had used orange paint to draw a swastika on the front steps of the temple. The doors of the temple also appear to say ‘F U Black Shirt’.

According to Peter Mullen, who works with the temple, he says ‘Black Shirt’ refers to British and Italian fascists in the 1930’s. Mullen also said it could have other meanings, including modern terms for white supremacy. 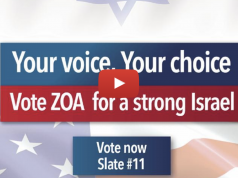 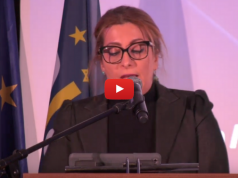 Nazila Golestan Shares Her Memories of Growing Up in Iran 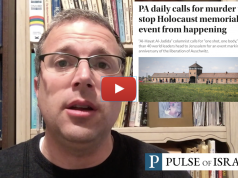 Temple is Vandalized in Nebraska

Vote for the ZOA Coalition – The Easiest Way to Help...

Israel: The Only Place In the Middle East Where Minorities Live...