The Gipsy Kings, a band founded in 1978, members were born in France but originated in Spain. They are a group of gypsies who fled Spain during the civil war in 1930s. They are showing the world that Israel should not be boycotted.

The Gipsy Kings are a group of flamenco, salsa and pop musicians, they are originally from the south of France. The family originates from Catalonia, Spain, during the Spanish Civil War in the 1930s. The band is made up of two families Reyes and Ballardo. They have toured all over Europe, Australia, and the United States.

The Gipsy kings performed in Israel in 2011 and plan to come back in 2019, for four more shows. Before the members got on the plane in 2011, they heard that there had been rockets being fired into the south of Israel. Yet, they got on the plane anyway. Musicians from around the world were asking them to boycott Israel but they did not listen.

The Boycott, Divestment Sanctions (BDS) Movement was founded in 2005. This movement, across the world campaigns for people all over to not use products that are made in Israel. If people were really boycotting Israel there would be a lot more technology or medicine that people should stop using.

Many famous people such as. Roger Waters from Pink Floyd, the African National Congress, the Green Party of Canada, the Green Party of England and Wales, the UK National Union of Teachers. Stephen Hawkins, who also supported BDS and was critical of Israel, however, visited the country several times. 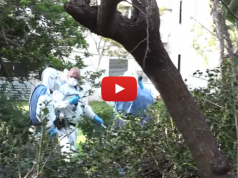