The Islamic Jihad has been making moves to lead Iran’s fight against Israel for sometime, with its most overt coming in the last confrontation between Israel and the Gaza strip.

Evacuated in the summer of 2005 by Israel’s Ariel Sharon, the Gaza strip devolved into a Hamas run mini state and thus becoming a constant destabilizing entity on Israel’s southern region.

With the Iranian threat growing throughout the region as the Ayatollah’s were able to capitalize on Iraq’s destabilization due to ISIS, the regime in Tehran utilized proxies in Gaza as they did in Lebanon with Hezbollah to bolster their presence and thus their threat against Israel.

Tehran has supported Hamas from time to time, even though they are Sunni group. However Iran is Shiite so the Mullahs created their own mini proxy army in Gaza called Islamic Jihad, which only answers to the Ayatollah.

Although Hamas has far more firepower, it is Islamic Jihad which is far more dangerous, because of its direct tie to Iran. The group’s rise brings Iran to Israel’s southern doorstep.

Interestingly, Islamic Jihad’s rise has begin to irk Hamas as well. When Hamas would at times side with Iran, it was out of necessity. Now Iran has begun to make a play for the strip itself and this has cause Hamas to make decisions – quickly.

While this rivalry has allowed Israel to smash Islamic Jihad when needed, it also works to destabilize and already chaotic Gaza, which could lead to results that are far more disastrous for the region. 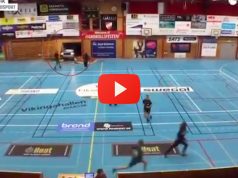 What are the top reasons why Israel is ranked one of the top twenty...

Lebanese businessman donates Hitler’s personal belongings to Israel – but why?