Home Israel The stories from Lebanon are finally being told

Israeli soldiers do not only have physical scars, but they have emotional scars as well. And sometimes, those scars can be harder to heal.

Mental health is extremely important. It often gets thrown to the wayside, but it should be at the forefront. And for Israeli soldiers, their emotional health is challenged with every war, every operation, and every battle.

Sometimes, after war or any other traumatizing experience, people forget about the Israeli soldiers who physically did not die, but emotionally need to heal. They may have survived, but they also may be struggling. These soldiers need a platform to speak up and share what they want to share.

That is what is so amazing about this Facebook group that was created for soldiers who served in Lebanon to share their stories, their fears, their emotions, and their memories. Many don’t know what happened during those years in Lebanon. Some stories are just coming to the surface now.

The average person probably does not know about every battle, every fight, and every incident that soldiers in the IDF face. But the soldiers know. The soldiers don’t forget. What they experience, we can never understand.

Soldiers are heroes, the kind of heroes that have powers beyond our imagination. What they do is impossible, but they do it anyway. And some live with the trauma for the rest of their lives. They serve their people, their country. They protect us.

Because if they don’t, who will? 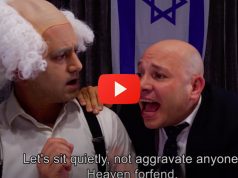 What the Palestinian Authority is doing to stop terrorism