How important can one Shofar – ram’s horn – be? You’ll be surprised.  It is not just symbolic.  It is an amazing story that represents so much.

In a synagogue in Worms, that was built in Germany – back in the 11th century, an amazing story unfolded.   A young Jewish boy could not go to school in 1938 due to the rampant anti-semitism in Nazi-controlled Germany.  Like many German-Jewish teenagers, he got out in time.  As opposed to Poland and the Ukraine, the Jewish people in Germany knew how dangerous the Nazi threat was.

A Jewish Soldier in the United States Army

A city that once had a thriving Jewish community in Germany was completely wiped out.  This happened to hundreds – yes hundreds of villages and communities.  In each community, there were hundreds or thousands of Jews.   Time and again, the Nazis killed 95-99% of them – via bullets, starvation or gas chambers.  But one Jewish symbol survived and ended up in the hands of a Jewish serviceman who helped free the world from the clutches of Nazi tyranny.  The shofar somehow was brought back to the Jewish serviceman.  This relic symbolizes the call to awaken the Jewish people.

German Jewry before and during World War II

The Jews in Germany had 5+ years to wake up and deal with the fact that they were sitting on a volcano that would erupt and engulf them.

Most did, but not all.  The German people did not elect the Nazi party into power.  But, they did vote for the Nazi party in strong enough numbers in order to bring the Nazi party to a powerful position.  A bit of maneuvering and Hitler found himself as the Chancellor of Germany.  This ought to have been enough for all of the Jews to leave.  But, inertia is strong.  When Hitler enacted the Nuremberg laws a few years later, Jews became officially the lowest level of mankind.  The laws basically dehumanized the Jewish people and laid the groundwork for further draconian actions against the Jews.  Still, more than half of the Jews stayed in Germany.

In 1938, Germans rampaged through many cities across Germany, destroyed many synagogues, and killed scores of Jews.  In addition, they placed hundreds of men in concentration camps and tortured them.

Whoever had any doubt beforehand was now convinced.  Either Jews would leave or they would be wiped out.  The first group that got out in large numbers was the teenagers.  Many left on a kinder-transport to England.  This was one of the few very successful escapes on the eve of the Holocaust.  But tragically, there were still a few hundred thousand Jews in Germany when World War II began.  The Nazis killed nearly all of them. 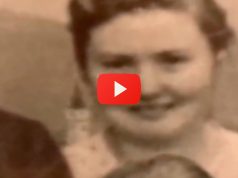 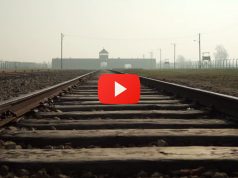 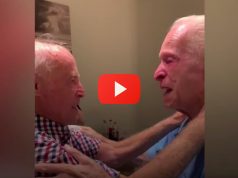