The Temple, the House of God, that was destroyed so many years ago. The Jewish People believe that one day God will redeem them and they will return them to the land of Israel. Where the Temple will be re-built.

The First Temple, also known as Solomon’s Temple, since it was built by King Solomon. It is where the Jewish People brought sacrifices and served God. Inside it is said to have the Ark of the Covenant. Jews from all over Israel came to bring sacrifices, and 3 times a year all the Jews came to celebrate the festivals. Passover, Sukkot and Shavuot.

The First Temple was built on Temple Mount. It is here that, many believe Abraham brought his son Issac to sacrifice. It is here, where Jacob had a dream, whilst running away from his brother Esau. The first Temple was destroyed by King Nebuchadnessar, the King of the Babylonians. First he took siege of Jerusalem and surrounded its wall, it is then on the 9th Av, the saddest day in Jewish history that the Temple was destroyed.

The Second Temple, stood for almost 600 years before being destroyed by the Romans, in the year 70CE. The Jewish People rebelled against the Roman Empire. The Temple is said to have been destroyed on the 9th Av, a sad day in Jewish history.

It is believed that one day the Messiah will come and the Third Temple will be rebuilt. In the same place, where the first and second Temple once stood, on Temple Mount, in the holy city of Jerusalem. The Jewish People pray for this in their daily prayers.

The Jewish People have suffered over the years. But through this suffering, they have always had faith in God. They have suffered through the slavery of Egypt, the destruction of two Temples, Exile from their land, the Crusades, the Holocaust and many terror attacks on the people of Israel.

Many times through out the Bible and through out the daily prayers the Jews recite. They ask for the Messiah, the one that will bring the Jewish People together to the land of Israel. The Messiah will also bring the Third Temple, the Jews will once again be reunited in the land they belong. 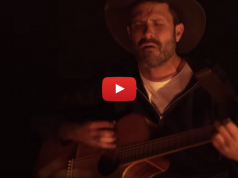