Home Jewish Holidays Antisemites Watch Out! Chanukah is the Magic Weapon of the Jewish People!

Celebrating the holiday of Chanukah is the Jewish people’s secret weapon! Our enemies will never be able to defeat us! If only more Jews connected and understood the true meaning of the holiday! What is it? Just watch the video…

I love starting out my week with some inspiration! Nothing more inspiring than to start the week of Chanukah from the Old City of Jerusalem.

While Chanukah today in the exile is the most assimilated of all Jewish holidays, even with pop-culture tv shows highlighting it, the message of the Chanukah holiday is actually against assimilation!!! And most people are totally missing the true message of the holiday.

The True Message of Chanukah is Against Assimilation

The Greeks in the Chanukah story didn’t want to kill the Jews, they were forcing us to stop following the laws of the Torah to stop being Jews! They only killed us when we didn’t stop following our Bible laws!

And guess who helped the Greeks in trying to stop Jews from living as Jews? Assimilated/Hellinized Jews! They preferred to be accepted by Greek civilization than hold on to their authentic heritage/culture/religion as practicing Jews.

The true message of Chanukah is to strengthen our Jewish identity and NOT to assimilate!

Jerusalem is the heart and soul of the Jewish people! No better place to connect with our authentic Jewish identity than here in Jerusalem!

It’s up to each one of us to keep the light of the Jewish people alive in a world that wants to extinguish our presence.

This Chanukah remember, the light we celebrate is the Jewish identity, spirit that we are challenged to shine bright all year long, and pass on to future generations. And it all starts with our eternal connection to our ancestral connection to Jerusalem and Israel!

See those holes around Zion Gate? Those are the bullet holes that we shot at this gate back in 1948 & 1967 when the Muslims occupied the Old City of Jerusalem, expelled all the Jews, destroyed our synagogues and forbid Jews from entering. We had to fight to liberate it. We Jews must never let fear stop us from standing up for ourselves and saving our Jewish identity. We can’t let anyone take it away from us. Ever. That second picture is the Churva synagogue destroyed by our Muslim enemies in 1948 that we recently rebuilt. And that Chanukiah in front of it? That’s the model rebuilt to one day use in the rebuilt Temple! That’s our special light! Not letting our enemies, or our own, destroy us, but overcoming the dark forces against us, rebuilding and moving forward to spread the authentic light of the Jewish people to humanity!

Those Who Support Our Enemies Misappropriating Chanukah

I would like to wish happy #Hanukkah to Jewish people celebrating in Britain and across the world.#Chanukah pic.twitter.com/UfwHrEMNYK

She wasn't able to make it in person, but Congresswoman @RepRashida Tlaib sent this wonderful video to the folks at INN Detroit for their Chanukah party. Thanks, Rashida!

Check out the video and check the thread below for a INN Chanukah party near you soon! pic.twitter.com/LsoL1hLidt 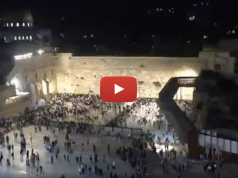 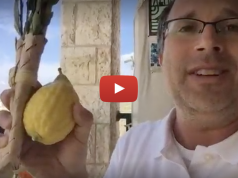 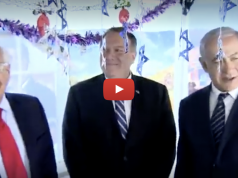 Is there a Deep State coup underway against Bibi Netanyahu?

A Jewish rabbi brings happiness to Arab youth on the streets...