Hebron in the Bible

The Bible is filled with stories that took place in this ancient city.  The city is the very first purchase that Abraham made in the Land of Israel.  When his beloved wife, Sarah, passed away, Abraham paid Ephron with cash.  He bought the cave along with the fields surrounding it.  Abraham felt a special light in the Tomb and decided that it was the right place to be connected to for the afterlife.

Isaac and Jacob both lived in Hebron.  Jacob actually sent his son Joseph to search for his brothers from the valley of Hebron.  Nearly one hundred years later, Joseph returned as the #2 to Pharaoh in Egypt and buried his father Jacob in Hebron.

But perhaps a most significant yet less known story in the Bible took place a few generations later.  After Moses brought the Jewish people out of Egypt and into the wilderness, he sent 12 spies to spy out the Land of Israel.  Ten spies came back with a message of weakness.  Joshua was a superb force of spirituality.  He had little inclination towards following the advice of the ten spies.  But Caleb was different.  In order to not be negatively influenced by the ten spies, Caleb went to Hebron.  That was the place where he went in order to get strength.  In the spiritual city, he received the strength to be able to combat the enemies of Israel from within.

To this day, the holy city is the source of strength for hundreds of thousands of tourists who visit every year.  But it is also a thriving Jewish community with a few hundred families.  They withstand the threats from the Arab neighborhoods in Hebron that surround them and enable the city to be free to all.

In order to see some more secrets of the city, check out the video: Secrets of the Tomb of the Patriarchs in Hebron 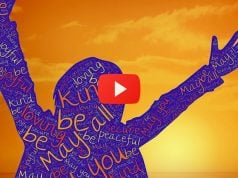