Home Israel Trump’s IAC National Summit speech reminds us why he is the best...

President Donald Trump spoke at the IAC National Summit wowing the crows and ultimately proving hy he is the best president for Israel.

President Trump explained to the crowd how he ignored the pressures of the whole world and went forward on his promise to move the US embassy to Jerusalem.

Trump continued to explain how he stood up to the pressures the whole world was putting on him:

“About a week and half out, I said, ‘Listen. Tell these people I am going to call them back i am so busy. It’s true.”

President Trump then goes on to explain how his administration taking out radical Islamic fighters across the Middle East. He then focused on Iran. “We must never allow a regime who chants death to America and death to Israel to obtain nuclear weapons.”

He railed against the EU’s anti Israel agenda and BDS, showing that he is supportive Jewish communities in Judea and Samaria by his announcement that these communities are legal.

This proves why President Trump is by far the best president Israel has ever had in the White House. 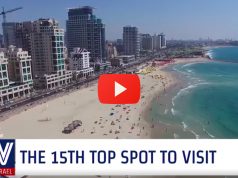 What are the top reasons why Israel is ranked one of the top twenty countries in the world to visit? 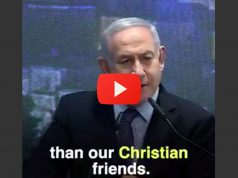 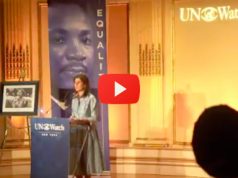 Trump’s IAC National Summit speech reminds us why he is the...

What are the top reasons why Israel is ranked one of...