Turkish Muslims are celebrating at a recent act by Turkish leader Erdogan in converting a historic Catholic Church into a Mosque! They don’t know it, but Erdogan’s act will help the Jewish State of Israel be able to rebuild the Third Temple, when we are ready for it!

Imagine if Israel would take down the Dome of the Rock, built where the Jewish Temples stood, in order to rebuild the Third Temple. The world would go crazy. The UN would pass tons of resolutions against Israel, non-stop media coverage and declarations of war from the Muslim world.

But, just recently, Turkish leader Erdogan converted a historic Christian Cathedral into a Mosque and the world was silent. Erdogan just converted the Hagia Sophia Greek Orthodox Cathedral, built in 537, considered a world heritage site and the universal symbol of the Orthodox Christian faith, into a mosque. At the same time, Erdogan announced that “the resurrection of Hagia Sophia is the harbinger of the liberation of Al-Alqsa Mosque”, meaning freeing Jerusalem and the Temple Mount of the Jews! Basically an act of war to get rid of us.

And I reiterate, and the world was silent…

With this one act, Erdogan paved the way for the Jewish state of Israel to one day rebuild the Third Temple.

Erdogan just showed complete disrespect to both Christianity and Judaism. Not just disrespect, he also exhibited the Islamic determination to dominate over Islam’s older “siblings”, Judaism, which began close to two thousand years before Mohammad introduced Islam to the world, and Christianity, which existed for more than 600 years before Islam began.

Erdogan, a world leader and a leader of the Sunni Muslim Brotherhood terrorist organization, represents the complete domination of Islam over Christianity and Judaism.

If the world is silent at Erdogan taking over a Christian historical holy site as well as his threat to take over the holiest site to Jews, then the world is ready for the Jews to do the right and just act of rebuilding our Temple on the Temple Mount.

Will the world go crazy? Yes. Will the Muslim world threaten world war III? Of course. And we will highlight the justice in the Jewish people’s right to rebuild our Temple on the Mount that the whole Christian and Muslim world know was the place where both of our Temple’s stood. In addition, we will call out their hypocrisy in remaining silent when Erdogan took over the Hagia Sophia Christian holy site and Erdogan’s threat of war against the Jewish state of Israel. 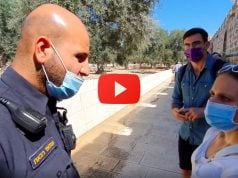 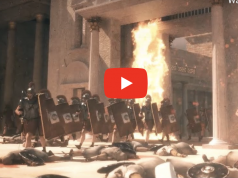 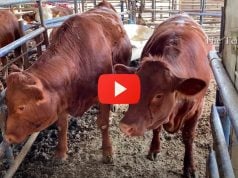