After years of continued UN resolutions condemning Israel for defending herself against the terror from Hamas held Gaza, UN Ambassadors finally decided to come to Israel and see first-hand the reality that Israel has to deal with.

A few days after the Ambassadors’ visit to the South, Ms. Adele Raemer, a resident of Kibbutz Nirim (a kibbutz adjacent to the border with Gaza), addressed the UN Security Council, urging it to take action against the Hamas terror group. This marked the first time someone from southern Israel had appeared before the Council.

This initiative was led by Israel’s Ambassador the UN Danny Danon as part of his continued efforts to stand up for the truth about Israel in the United Nations. As he recently tweeted when he posted the video:

“Here is our response to the International Criminal Court: dozens of UN ambassadors visited Israel earlier this month because my colleagues wanted to “come see Israel for themselves.” Unlike at the Hague, here they saw the truth of the State of Israel. Shabbat shalom!”

Today, I brought @UN ambassadors to southern Israel to see first-hand Hamas’ terror tunnels (an example of how Iranian aggression operates from Gaza) and an Iron Dome battery in Netivot. What these ambassadors saw today they won’t forget when they’re back in New York. pic.twitter.com/W0wrOhImfD

UN ambassadors from around the world visited on December 2019 in the site of one of Hamas’ terror tunnels and then toured an Iron Dome battery in Netivot.

Will this visit make a difference to their voting patterns in the UN against Israel? Only time will tell. But already, one of the Ambassadors has come out publicly in the UN with a much less anti-Israel position.

Thank you, Ms. @AdeleRaemer, for sharing your touching story with the Security Council today on life in the Gaza region. Your courageous testimony was moving and enlightening. I hope that the council members will take it to heart. pic.twitter.com/EFyhN4Bs4n 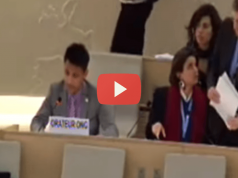 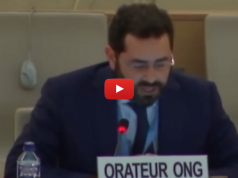 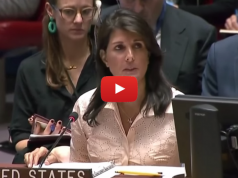