The UN recently released a blacklist of Jewish owned business in Judea and Samaria. This blacklist comprises not only the business themselves, but also those international companies like Trip Advisor and Motorola who do business with them.

While American companies are protected against boycott do to “robust anti-boycott laws” companies situated in other areas of the world are not.

If any of this sounds familiar – it should. The Nazis instituted a national boycott of Jewish owned businesses within three months of coming to power.

The boycott was presented to the German people as both a reprisal and an act of revenge for the bad international press against Germany since the appointment of Hitler’s government in January, 1933. The Nazis claimed that German and foreign Jews were spreading “atrocity stories” to damage Germany’s reputation. Nazi Storm Troopers stood menacingly in front of Jewish-owned department stores and retail establishments, and outside the offices of Jewish professionals, holding signs and shouting slogans such as “Don’t Buy from Jews” and “The Jews Are Our Misfortune.”

Brooke Goldstein of the Lawfare project was interviewed saying, “As Secretary of State Mike Pompeo said, Jewish people have every legal right to live alongside Muslims, alongside Christians in Judea and Samaria. To say anything else is racist and absolute bigotry.”

If you think there are other areas in the world where the UN has targeted in a similar way – think again. Other countries that are in dispute over Land are not targeted and have no blacklists. Israel is the only one.

So has Naziism infiltrated the UN? You make the call. 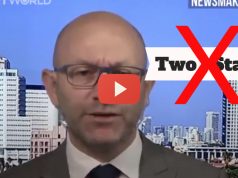 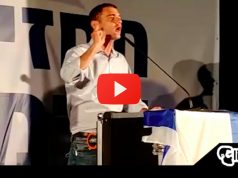