While most people never gave Donald Trump a chance in 2016, this video of a 34 year old Trump seems to paint a different picture. Donald Trump, the flamboyant businessman, for many decades, loved to broach the idea of entering politics. He loved the limelight and always seemed to have something to say on whatever the political situation of the day was.

Not so much seems to have changed in his mind as far as foreign affairs. He seems to have always had a clear inclination towards exhibiting military strength on one hand, and not getting embroiled in foreign issues on the other hand. This is probably due to his observations of the Vietnam War in his 20’s and 30’s. For so many people, the fear of another Vietnam loomed very large in their minds. Note that in 1980, this was less than a decade after the end of the Vietnam War.

President Trump seems in many ways to be an impulsive decision-maker. This may very well be true – especially in regards to staff decisions. But don’t make the mistake of thinking that he hasn’t thought through his attitudes on foreign affairs. He is actually proving to be quite adept in this matter. Odds are that President Trump will go down in history as the President who lassoed Iran, and kept Russia from expanding far beyond their present sphere of influence in the Ukraine.

He seems to be the right person to reverse the poor leadership of Barack Obama on foreign affairs. It is quite remarkable that this businessman turned politician seems to be succeeding in the things that he has had the least experience in dealing with before he entered politics. 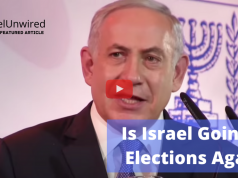 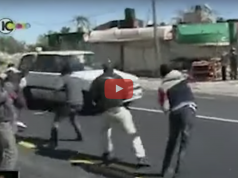