Home Jewish People Anti-Semitism What is one thing that all antisemites have in common?

Antisemites may not come from the same background, ethnicity, or be of the same age. But there is one thing they all have in common.

How will you be remembered in its history? #Antisemitism pic.twitter.com/91sec4RFiv

But they have failed. Again and again. The Egyptians tried to enslave the Jews, but they eventually drowned in the sea. The Romans. The Greeks. Persians and Iranians. All the pogroms against the Jewish people. Blood libels. The Nazis. Nation after nation, group after group. They all tried to destroy the Jews, and they all lost. And the Jewish people still stand proud, strong, and faithful today.

You can never quote what Mark Twain said about the Jewish people too much. In his essay Concerning the Jews, he said, “The Egyptian, the Babylonian, and the Persian rose, filled the planet with sound and splendor, then faded to dream-stuff and passed away; the Greek and the Roman followed, and made a vast noise, and they are gone; other peoples have sprung up and held their torch high for a time, but it burned out, and they sit in twilight now, or have vanished. The Jew saw them all, beat them all, and is now what he always was, exhibiting no decadence, no infirmities of age, no weakening of his parts, no slowing of his energies, no dulling of his alert and aggressive mind. All things are mortal but the Jew; all other forces pass, but he remains. What is the secret of his immortality?” 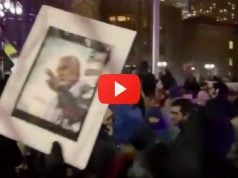 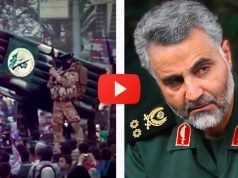 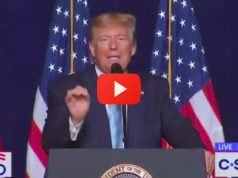 What is one thing that all antisemites have in common?

US Ambassador to Israel Friedman Issues Powerful US Policy Statement on...

Major US Policy Announcement Revealed at Historic Event in Jerusalem